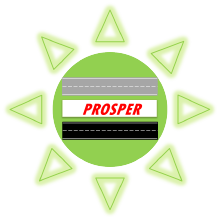 An introduction to UAS (in transportation)

An uncrewed (unpersonned or unmanned) aircraft system (or UAS) consists of an uncrewed aircraft, ground control station, and command and control links.

You may know it better as an uncrewed aerial vehicle (UAV) or, more plainly, a drone.

According to the Drone Market Report, the global growth rate of the drone market is growing at an annual rate of 13.8%, rising from $22.5B in 2020 to over $42.8B in 2025. It is expected that nearly 1M drone units will be sold every year around the globe during this time.

As of January 2021, about 1.3M recreational and more than 500,000 commercial drones were registered with the Federal Aviation Administration (FAA) in the US. Approximately 8% of Americans own a drone, and about 15% have flown one. Currently, the estimated annual growth rate of drones in the US is approximately 6.4%. It is anticipated that by 2026, the US commercial drone market will exceed $6.30B.

In the US, drones are helpful when fighting wildfires, assisting emergency response and search and rescue operations, protecting endangered species and sensitive ecosystems, assisting in farm activities, and transporting medical supplies to remote locations and underserved communities. In addition, in the transportation field, UAS can also be used to monitor and fix critical infrastructure, such as roads, bridges, and confined areas. It is expected that by 2025, transportation will be the second-largest market for drone use.

UAS operations are particularly effective for operations that are dangerous, as humans are not put at risk. Additionally, they can be outfitted with different sensors: Red-Green-Blue (RGB) optical cameras, thermal, multispectral/hyperspectral, and LiDAR sensors, and can reach hard-to-reach locations, such as the underside of bridges.

Inspection with UAS can often cost less than using traditional manual inspection. For example, the 2019 American Association of State Highway and Transportation Officials (AASHTO) UAS/Drone Survey reported that a bridge deck inspection with UAS (i.e., estimated at about $1,200) can offer approximately four times lower costs than manual surveys (i.e., about $4,600).

Many departments of transportation (DOTs) across the country are utilizing UAS to their advantage. For example, the Michigan DOT uses UAS technologies for structural inspection of bridges and to identify potential deterioration, such as the locations and sizes of subsurface delamination in concrete bridge decks. Additionally, the Utah DOT recently completed the inspection of a construction project 25 days ahead of schedule, with about 2.6% cost savings by using UAS. The New Jersey DOT reported a cost saving of 15% by using UAS compared to conventional inspection methods for high mast light poles.

Halil Ceylan, Director of the Program for Sustainable Pavement Engineering and Research (PROSPER) and the ISU Site Director for the FAA-sponsored Partnership to Enhance General Aviation Safety, Accessibility and Sustainability (PEGASAS) Center of Excellence (COE) on General Aviation, is currently leading an FAA-sponsored project to develop recommended processes and procedures for using UAS to complement current methods of airport Pavement Management Program (PMP) inspection methods, as well as technical evaluations for various types of current and emerging UAS platforms and UAS-mounted sensor technologies that will lead to FAA-recommended specifications. As an expert on UAS for transportation infrastructure applications, Ceylan had this to say:

“In recent years, the size of UAS platforms continued to decrease while steadily increasing payload capabilities, speed, range, and endurance. We have also seen a trend to modify the UAS design, making them operational in the mixed environment. The degree of autonomy, technical capabilities, and sophistication of communication continued to expand, allowing possible integration of UAS in transportation infrastructure health monitoring and management. By taking advantage of these tools, the sky is the limit. It truly is a revolutionary innovation.”

UAS can be used to monitor multiple structures, including road infrastructure (pavement and gravel roads), bridges, energy infrastructure, and hazardous locations. UAS can also collect various data types such as optical, thermal, multispectral, LiDAR, and traffic monitoring data. While RGB cameras are not functional at night, thermal cameras can offer extended hours of operation. Depending on the camera specification, hyperspectral images can contain 100 to 200 spectral bends in each image pixel. LiDAR uses laser light and can collect 100 to 500 points per meter of resolution.

“Different UAS serve different purposes,” Ceylan added. “For example, a heavy lift hexacopter UAV, while often used for visual monitoring of external defects, can also analyze structural surface conditions and can even check for internal cracks and flaws. On the other hand, a fixed-wing UAV is used for 3D geo-mapping.”

A fixed-wing/quadcopter UAS can produce multiple images with up to 99% geometric accuracy (depending on the type and altitude of the UAS platforms and resolution of the sensors—e.g., RGB optical cameras or an aerial LiDAR—attached to UAVs). A textured 3D model with color is produced. 3D rendering has many potential applications (e.g., virtual reality, 360 panoramic viewing, 4D dynamic modeling, multispectral image processing, and 3D printing and modeling).

For transportation, this allows for the high-definition visual inspection of pavement and bridge systems and unpaved and county roads, as well as power lines.

“UAS helps with overcoming the challenges you are facing. You can get in there and view the hard-to-reach places and understand the condition of these systems. UAS offers mobility and measurements from multiple perspectives compared to fixed position ground sensors,” Ceylan said.